Are These Mortgage Interest Rates Low? 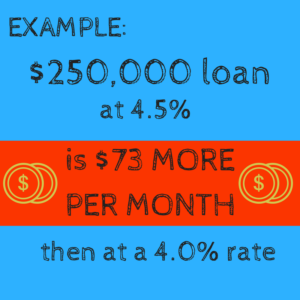 Mortgage interest rates are at historic lows, despite the slight climb in 2018. Although we’ve seen rates increase a bit over the past year, this chart is a reminder of how spoiled homebuyers have been, especially over the last few years. In the last quarter of 2018, we’ve seen rates gradually increase 2 to 3 tenths of a point each month. Even with the rates increasing more than 1 point during calendar year of 2018, be thankful that you are not paying the 18% or more that buyers were burdened with around the early 1980’s.

Is It Better To Wait Until Rates Go Down Again?

Also, it’s important to look at the trend for the last five years. Although there are some ups and downs, rates are gradually increasing. It’s a great time to talk to your favorite real estate agent about purchasing a home. Whether you are a Springs transferred military buyer considering using your VA benefits or a first-time buyer looking to get a conventional 30-year or 15-year loan, the past 5 years have shown us overall that the more time that passes, the more you will pay for the loan. Right now, people who were thinking of buying a home 5 years ago are kicking themselves for not taking advantage of those low rates. Thankfully, they still have the option of homeownership with the advantage of securing some of the lowest interest rates over the last 45 years. 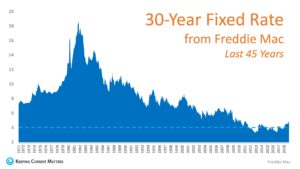 What If Interest Rates Go Back Up?

Talk to your agent and mortgage broker about locking in your rate so you secure the lowest possible mortgage interest rate without fear of it increasing during your contract period. We know this stuff can be confusing, but that’s why we’re here: to provide direction, advice and even professional hand holding for your next real estate transaction.

These enticing rates along with home sales slowing in the last quarter provide the perfect recipe for buying a home, condo, or townhome. 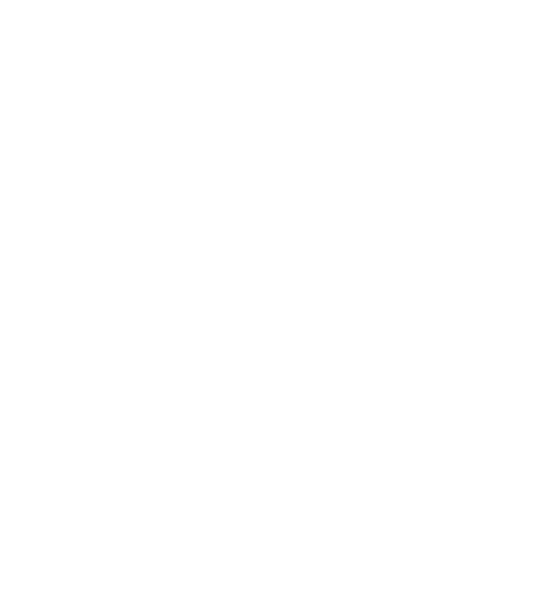